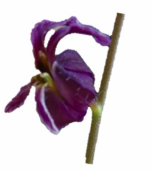 Systematics and biogeography of Streptanthus and allies

Streptanthoids pretty much span the floral diversity in Brassicaceae.
They inhabit rocky habitats with a variety of parental materials (e.g., gabbro, basalt, granite), and about a third of the species in this group are soil endemics, some restricted to extremely harsh serpentine soils!

Evolutionary relationships in this group have remained elusive. I identified single-copy nuclear genes to resolve relationships in this group, and using phylogenetic comparative methods, field and greenhouse experiments, I investigate the origin and timing of adaptations to harsh soils, concomitant shifts in competitive ability and defense, and trade-offs in these and other traits in the evolution of tolerance to harsh environments. 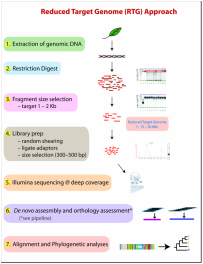 Bringing the -omics to phylogenetics

With Luca Comai and Isabelle Henry at UC-Davis, I am leading an approach that will allow to use new sequencing data directly into building phylogenies. This approach, called the Reduced Target Approach, consists in a genome reduction in order to increase sequencing depth which in turn will aid assembly and minimize base call errors.